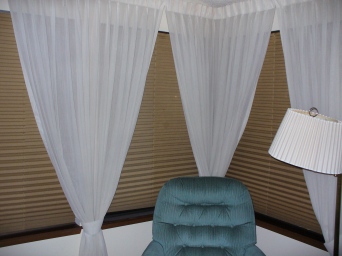 The next picture zoomed in on same spot. The ghostly image is gone.

Though everyone agrees on the five major senses, neurologists and perception researchers believe there are more. Some think the main senses should be broken into  sub-genres. Others believe we have many sensory cell types leading to other senses including: balance, pain, temperature, time, body part location, and sensing internal organs. However, when we talk about the sixth sense, none of these other senses come to mind. The sixth sense is commonly understood as a blanket term for how we perceive everything that is considered paranormal (not scientifically explainable).

Writing about the sixth sense can put your story into the horror or fantasy genre, or it can add depth to a character. A character who believes she has psychic abilities can be odd, crazy, or in tune with things others cannot see depending on how the writer presents the sixth sense.

Exercise: What kind of psychic power do you wish you had? Choose one (mind reading, seeing the future, telekinesis, etc.) and write about a character who has it, or having it yourself. Is it a positive or negative experience? Are you able to use it to help others, or is it a torturous burden? How would this insight or ability change how you relate to others? Write for five or ten minutes.

Example: When we did this exercise in writing group I chose a clairvoyant who sees the future in her dreams. This is an expanded version of what I wrote in group.

Unless she passed out drunk, she always left her computer on playing reruns of television shows on repeat. The song at the end of each episode would wake her up just long enough to kick her out of REM sleep. It was the only way she knew to avoid the dreams. She had been doing it for over eight years and was sick of it. It’s nothing I haven’t seen before, she thought, as she turned off the computer.

After a few vivid demonic visages that almost convinced her she wanted to watch a comedy-mystery for the 10,000th time, she slept. The nightmarish images came in full color. It was a hot sunny day made nice by a breeze. She and Miss Opal sat at a café having a pleasant catch up chat when the bomb was thrown from a moped speeding by. The scene happened in slow motion: her head turning, the white helmet with the black reflective visor moving toward them, the brown paper package coming into view just as it was thrown. She hated the ominous seconds that felt like a lifetime in which the viewer wants to do something, but cannot move. She watched as her friends and neighbors blew apart, heard their screams and smelled their burning flesh.

The room was dark and quiet. The clock read 4:10 am. She wasn’t sitting up, crying or sweating. She was more angry than sad. Just because she had been talking to her dead friend Miss Opal didn’t mean the bombing would happen in New Orleans. It didn’t mean it would happen at all. She wouldn’t tell anyone or watch the news. Knowing never helped her help anyone, not even herself.

Let your imagination run wild. Explore more than one idea of the sixth sense. Is psychic ability a spiritual issue for you? Does the idea of a sixth sense bring up death and afterlife philosophies, or is it pure fantasy wish fulfillment?