Alien by Ivan Mityaev from artstation.com

Isn’t this image amazing? I love this creature. Such a great design and rendering.

Last year, the alien image inspired me to write a story about the subtle reptilian invasion going on under our noses; co-workers and friends in human form until “the change”. This year, I’m thinking full-scale, violent invasion. A whole army of these awesome aliens coming right atcha!

It makes me think of Mars Attacks!

. The plight of the poor, misunderstood monster, alien invasion style.

When the Shnaggerfens arrived, they believed they were alone on Planet Gerfenx 1024. Their eyes did not register the billions of angry and confused occupants they kept squishing.

The Day We Arrived

Today in the day we invade
Because it’s the day we arrived
Why do they look so afraid?

An officer thinks loud voice will persuade
Their weapons will do no harm
Why do they look so afraid?

Scientists use numbers in hope to dissuade
But we have no choice; our fate is set
Today is the day we invade

They ask for patience as options are weighed
Gathered in houses with spires and crosses
Why do they look so afraid?

Look at this mess they have made
Denying this inevitable day
Today is the day we invade
Why do they look so afraid? 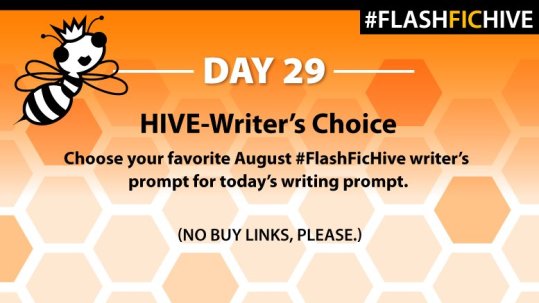 Since I didn’t participate in August, I looked back through October’s prompts. I had the most fun with Day 26‘s Circumlocution prompt, but I think my favorite writer’s prompts were the antagonist prompts on Day 23 and Day 24. I think I’ll take a look at an antagonists backstory and write from an antagonist’s point of view.

Are the alien invaders the antagonists, or the humans? Or are these aliens even invading earth? Maybe these awesome aliens have just discovered a new planet and encountered a completely different form of antagonist. So many ideas. Fun. Fun. Fun.

Have you been doing the Readers Imbibing Peril challenge? How’s it going? Still a few days left. My planned reads kept changing, but I’ll make it. I only need to finish reading Slade House

by David Mitchell for Peril of the Group Read and it’s good, so finishing shouldn’t be a problem.