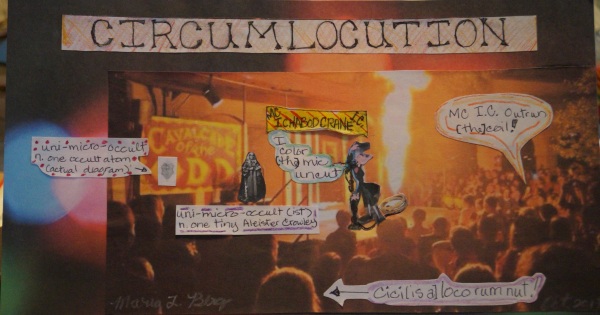 I was going to update my post from earlier with my collage inspired by today’s #FlashFicHive prompt, but then something amazing happened.

If you haven’t read today’s #Writober writing inspiration yet, today’s #FlashFicHive prompt is to create anagrams from the word Circumlocution. I started with “I color mic uncut” and “MC IC Outrun coil” which made me think how funny it would be if Ichabod Crane was and MC being warned about a coiled snake. This inspired the idea for the collage.

As I was trying to make one of my anagrams work, I searched my dictionary and saw loco which, of course, inspired “Cici loco rum nut!” I continued with my joyous anagramming and came up with a new word, uni-micro-occult. This made me think of a minuscule occultist in MC Ichabod’s crowd.

At this point, I felt I was ready to begin my collage and started searching for images. It took a while to find the right stage from the crowds POV from which MC Ichabod could sling his rhymes. Then I went with the least sexy Ichabod for a little humor. I wanted the coil to be a snake and found one with a little sparkle and finally it was time for my uni-micro-occult idea.

Here is where things got awesome!!! I hadn’t started out thinking of a tiny Aleister Crowley. I searched occultist and didn’t see exactly what I was thinking of. So then, just for fun, I searched my new word, that I made up, because it used all the letters in circumlocution and . . . images of diagrams of occult atoms!! I am not making this up. 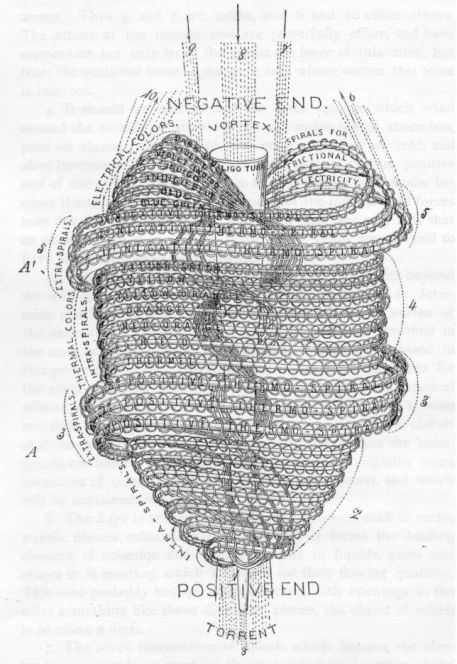 In 1895 there was a group of “Occult Chemists” who “exercised clairvoyant powers” to directly observe atoms. I found a paper from webspace.yale.edu called

Serious Scientific Lessons from Direct Observation of Atoms through Clairvoyance

that lays out the “science”. Too good.

First, my mom is a chemist, who won’t even acknowledge anything occult, hates when I even say the word ghost, and wants all my stories to be sunshine and rainbows. Second, the last time I talked to her, she called me on Mole Day. A mole is the unit defined as the amount of a chemical substance that contains as many representative particles, e.g., atoms, molecules, ions, electrons, or photons, as there are atoms in 12 grams of carbon-12 (12C), the isotope of carbon with standard atomic weight 12 by definition. This number is expressed by the Avogadro constant, which has a value of approximately 6.022140857×1023 mol−1, which is just over 602 sextillion (thousand million million million). The mole is one of the base units of the SI, and has the unit symbol mol (from wikipedia). So are these occult atoms? Is Mole day an occultist holiday? Is she manipulating space/time with her mind? I need to know.

I’m seeing her tomorrow at my sister’s Halloween party and I might carve my Jack-o-lantern into the shape of an Occult Atom or one of the lovely occult chemists. 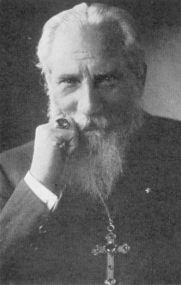 How did I not know about this before? So many years of teasing and needling out the window. But tomorrow night, a new age has begun. I wonder if she already knows all about Occult Chemists and will just shut me down? The woman knows her chemistry, but weird occult history? I think I’ll have the upper hand.

Happy Halloween to all the Occult Chemists drawing the psychic anatomy of atoms!

2 thoughts on “Update to #Writober Day 26: Anagrams led to Occult Chemists – I kid you not”