Many people put fake, plastic instruments on their Christmas trees. I like real ones. I received this Ocarina in a basket of world instruments as a Christmas gift. It adds gorgeous color to the tree and when the spirit moves, I can grab it and play along with my favorite carol. Or, in all honesty, make horrible noises in a joyful manner.

Pepito wore his ocarina everywhere he went. His grandmother had told him it would protect him from harm and he would be a great savior to his village. One day, while he was skipping along the mountain trail, the ground shook and a generation of vipers slithered from the rocks toward the village.

Pepito pulled his ocarina from his neck and showed it to the snakes, but they were not deterred. He prayed that its power would flow through him as his grandmother had promised, but he did not feel any power come.

Finally, as the snakes were about to reach him, he brought the ocarina to his mouth and blew a loud and ugly note. The snakes stopped, confused by the sound waves. They licked at the sound in the air. Pepito fluttered his fingers over the holes blowing as hard as he could. The song he played was a terrible noise; the vipers fled and hid.

Though some reports say the HHS word ban is a misunderstanding, just the idea of a government agency telling people that they can’t use certain words is an affront to any wordsmith. So, though I think it will be difficult and I will have to update this post with the drafted poem, I am happy to take on the challenge proposed by MoSt Poetry:

Use the words vulnerable, fetus, diversity, entitlement, transgender, science-based, and evidence-based in a poem.

With the Rights to Life, Liberty and The Pursuit of Happiness
The Center for Disease Control is tasked to help with this

Gender identity and biological sex assignments
Do not change those entitlements

Today and tomorrow, actually for as long as it takes, I’ll be separating out each scene in my draft and attempting to analyze it down to its essence, one sentence that captures the scene. As I mentioned yesterday, I’ll be creating a spread sheet for a Story Grid. While I do this, I’ll also be following The Ultimate Revision Checklist.

The first thing on the Revision Checklist is to take a good look at your Main Character (Lead Character on the checklist). As I read through my scenes, I’ll ask myself:

I’ll also make a physical diagram of my character arc using the Kubler-Ross Change Curve For Story like I talked about on Day 14 Stages Of Change. 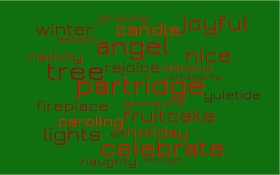 With all those happy words it could be a challenge to create conflict in my story. Ha Ha. Just Kidding. It’s the holidays. However, let’s see what Oblique Strategies says:

And suddenly we have a

I love when that happens!

1. an increase by natural growth or by gradual external addition; growth in size or extent.
2. the result of this process.
3. an added part; addition: The last part of the legend is a later accretion.
4. the growing together of separate parts into a single whole.
5. Law. increase of property by gradual natural additions, as of land by alluvion.
There’s another word for today!

1. Law. a gradual increase of land on a shore or a river bank by the action of water, whether from natural or artificial causes.
2. overflow; flood.
Now I see many possibilities for conflict.

I thought for today’s theme it would be fun to look up books on instruments around the world.
The World Atlas of Musical Instruments

by Bozhidar Abrashev and Vladimir Gadjev
Musical Instruments: From Flutes Carved of Bone, to Lutes, to Modern Electric Guitars

from Scholastic
And I need this one! Play The World: The 101 Instrument Primer