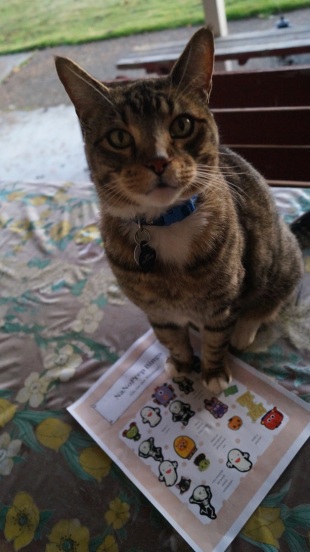 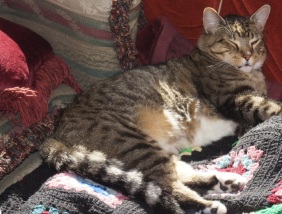 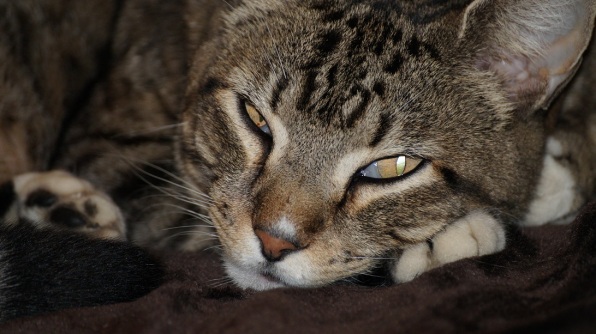 It’s a complicated relationship
but then, isn’t every relationship–complicated
We keep it casual
He wanders over on a whim
takes a nap on my porch
either in the chair where I like to read
or the cushion on the bench
When I notice him,
I go out to say Hello
sometimes, when I open the door,
he’ll waltz right in

He’ll snuggle up to me,
put his head on my leg as I work
I cherish this time and try not to move
because if I do, he’ll leave
He gets mad if I go to the bathroom or if I eat
More often these days,
when I think we’re enjoying each other’s company
he lashes out at me
his moods change so quickly
I am often caught off guard
the language barrier can be frustrating

At the moment, he is inside my bass drum
a sign that he wants to hide
from the world as much as I do
Yesterday, I didn’t realize he was there
I thought he was outside
and he appeared in the middle of the day
The way he strutted across the room
I think he enjoyed surprising me

He’s a total trickster
changing the whims of the wind
with the flick of his tail
like Coyote, he draws in the fool with false wisdom
like the one-eyed pirate with a see-through eye patch
he prowls

He has trained me well
I do tricks for his affections
provide treats at his command
slide and click, slide and click
the glass door to his whims
all for a moment more
with this elderly feline
who chooses my company
over the chaos at home

A to Z Challenge

Yu – “An interval of the Chinese scale. The ancient Chinese divided the octave into twelve equal parts, like the semitones of our chromatic scale, which were called lu. Their scale, as commonly used, consisted, however, of only five notes, which were called koung, chang, kio, tché, and yu, and which corresponded to our F, G, A, C, D; koung or F being considered to be the normal key.” (from cambridge.org)

Prompt: high praise to your pet