Thinking about the body as a union, I noticed that there are a lot of movement “J” words:
jut – extend up, out or forward
jump – to spring free from the ground
jumble – to move in a confused and disordered manner
juke – to fake (someone) out of position
juggle – to hold or balance precariously
jounce – to move in an up and down manner
jostle – to come in contact or into collision
jolt – an abrupt sharp jerky blow or movement
joggle – to shake slightly; to move shakily or jerkily
jog – to go at a slow, leisurely, or monotonous pace; to nudge
jive – the dancing performed to jive music
jitterbug – a jazz variation of the two-step
jitter – to make continuous fast repetitive movements
jink – to move quickly or unexpectedly; a quick evasive turn
jiggle – to move with quick little jerks or oscillating motions
jig – any of several lively springy dances in triple rhythm
jibe – to shift suddenly and forcibly from one side to the other
jettison – action of throwing
jet – to move or progress by or as if by jet propulsion
jerk – a single quick motion of short duration; jolting, bouncing, or thrusting motions
jar – a sudden or unexpected shake; an unpleasant break or conflict in rhythm, flow, or transition
jag – to move in jerks
jade – to weary or dull through repetition or excess
jabber – talk rapidly, indistinctly, or unintelligibly
jab – to poke quickly and abruptly; thrust

For today’s poem, I’ll try to work some of those great verbs into my jeremiad.

For too long this union was mind-focused.
A jitterbug of reading and typing,
eyes jibing, fingers jouncing
Hours spent sitting,
jading seats in chair, couch and mattress,
lost in thought and self-jabber
But I say Body first.

The brain is an organ, only one of many
We must set aside our differences
And learn to work together
Jettison idle mindfulness
Jar loose ideas, jig those joints to junctions
Jostle that jumble in juvenile jubilation
Juxtapose jogging with juried jurisdiction

Though we have a long way to go
We should focus on our many accomplishments
We have juked more than anyone could imagine
And jinked in ways no one could understand
Everyone is saying that our jiggle is the very best
But are they reporting it?
Why not focus on our great joggle for a change?

As we jut toward the stars and jab our own flab,
I say jump, get that body jostled
Remember, idle hands are the devil’s playground
There’s little we can do to completely
silence the jibber-jabber,
but a tired body quiets the mind. 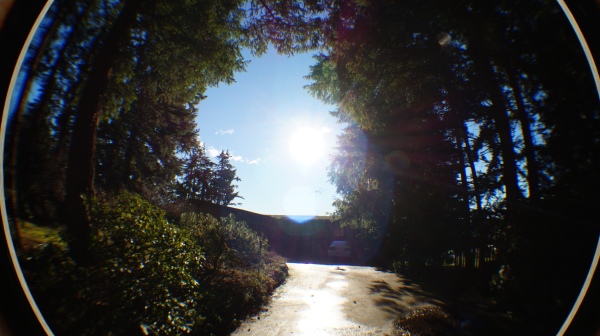 This morning I woke up and did a nice morning stretch and a little strength training. While in the shower, I pondered how to be more active in my daily life without taking away from my writing time and I had a very interesting idea. My laptop sometimes tells me its Bluetooth is ready (which made no sense to me because I hadn’t ever thought about using Bluetooth with anything but a cellphone while driving) and I have a Bluetooth ear piece for my old cell phone.

After my shower I found my earpiece and . . . had to charge it. But once it was charged, I searched Bluetooth under all programs in the start-up menu,clicked it and my laptop recognized my device. I was happily surprised. So far, so good. Then, I went to the control panel on my laptop and clicked  speech recognition. When setting it up, I selected other for my microphone and my Bluetooth earpiece was now my microphone. I continued to follow the steps for setting up Microsoft’s voice recognition software that came free with my computer.

The tutorial was thorough and kept my attention. I received instant gratification by saying “Next” and seeing the tutorial move to the next screen. After the tutorial, I went through two sessions of reading to the computer to train it to my voice. I probably should have done more, but I was running out of time before my writing group meeting. I wanted to write a short piece for group using my exciting new dictation technique.

I talked to my computer a lot this morning. I used every correction command from the tutorial and obviously need to learn some more, but ended up with an interesting paragraph and a half. It didn’t feel like I was talking to myself until the first member of my writing group arrived and I was still talking to the computer. He didn’t say anything, but he probably thinks I talk to myself, strangely, when no one’s around.

I was very excited to share my new (to me) writing idea with the group. It turned out the person I thought would be most interested already bought Dragon (speech recognition software), but gave up on training it. She said she found the headset cumbersome and hadn’t wanted to buy any further microphones. This made me even more excited about my Bluetooth idea. She also said she felt more focused at the keyboard and didn’t feel like the words came as freely when speaking into the microphone. She presented the different natures of storytelling I’m hoping I’ll capture. The oral story teller vs. the written word.

I’m hoping, once I get my computer and I trained, I’ll be able to capture my voice as an oral story teller and see if it is different than my typing and/or handwritten voice. I imagine that I might say things that I would hesitate to write; even avoid writing because I would think about it too much.

So, here we go on a new adventure, using available tools in new and exciting ways. Wish me luck!

Have any of you had success using your Bluetooth to get your computer to type what you say? Any tips?