My excitement with Future Learn’s Fiction Course continues. One of the exercises from week two is to turn on the radio and come up with a story or beginning of a story (500 words) based on what you hear. I was skeptical but determined to try, so I set my radio to AM and slowly moved the dial until I heard a voice. The first thing I heard was not only give the rooms of your house warmth, style, and comfort. I quickly changed the tuner to noise, so I didn’t hear anything else. The voice made me think of a door-to-door salesman and I imagined some odd things for him to be selling. I enjoyed it so much, I decided to try a couple more. By the time I developed my idea, all of my radio segments fit right in (they are in italics) and I wrote an idea for a Sci-Fi Flash Fiction story. Enjoy!

Horace Bentley-Jaguar IV felt a bit woozy as he adjusted to the three-dimensionally rendered environment. Wiggling his toes felt real, but they wiggled inside shoes made from animal hide buffed to a glaring shine, the kind “wealthy” people had worn on earth during the times of excessive greed and poverty before the original Moon Colonies. He held a colorful beverage with small white and green spheres skewered by a tiny stick floating in the liquid. Wanting the full experience, he brought the glass to his lips. He felt a sharp tingle on his tongue, then a slight burn in his throat, but he didn’t taste or smell anything. Good try, he thought.

With his first immersed step, a warm, confident voice said, “Welcome to your new BAM-AG Home and the best decision you will ever make.” The voice reminded Horace of a strange history lesson he had once seen as a boy. A man in stiff, off-white polyester (a frightening chemical concoction that was banned on the Moon) with large green and blue horizontal and vertical stripes from shoulder to pant hem had arrived at a woman’s door and used a similar voice in an attempt to convince her that she wanted to exchange his pieces of thick, hairy floor covering for pieces of paper.

The voice of the retro-plaid coercer continued, “BAM-AG appreciates that you love your current BAM-AG Home, but with the overcrowding of the Moon Colonies, violent asphyxiation fatalities have surpassed reports of gun violence and oxygen combustion combined. That is a 600% increase over the last six years. If this trend continues, the Moon will be as unlivable as the Earth in only ten short years. But you already know that, don’t you?”

Horace nodded his head enthusiastically, pushing the gyroscopic centering mechanism of the rendering to its limits.

“Lucky for you, the same visionary company that developed The Moon Colonies understood the market and had the ability to teach me their understanding, so I can share it with you. When you purchase a BAM-AG Home you are getting the best that The Conglomerate of Corporate Super-Powers can offer. In other words, your investment is backed by the leaders you trust.”

Horace admired The Logos of The Great Leaders tastefully rendered along the mantel.

“The mind-blowing Future Tech Sensors covering every surface of your home, respond to your physical and emotional needs before you even know them yourself. The intuitive controls not only give the rooms of your house warmth, style and comfort, but also provide you with complete security: regulating oxygen levels to reduce combustion; controlling perimeter armaments in case of threat; and delivering holographic companionship and entertainment.”

The inspiring tones of The BAM-AG March began to play behind the voice bringing a tingle from Horace’s temples to the top of his scalp.

“Today is the day that you need to remember those lost–not only those on Earth, but the increasing losses here on the Moon—and plan for your family’s future. Don’t wait! Act today and your BAM-AG Home will be ready when your grandchildren arrive on Mars.” 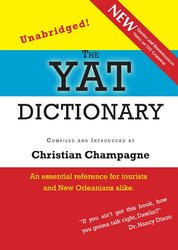 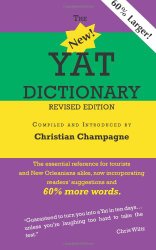 Chris Champagne, author of  Roach Opera and The Yat Dictionary who has been voted Best Comedian in New Orleans two years running, interviewed me about my books for his podcast. It’s a great interview. He made me want to read my books.

The first part of the podcast is a comedy quiz show, my interview starts at 24:37. I recommend following his podcast; it’s funny and I learned most of the truth about New Orleans politics through Chris’s comedy. He is a true New Orleanian.
I hope you enjoy the interview. http://chris97245.podomatic.com/entry/2015-03-11T07_54_00-07_00