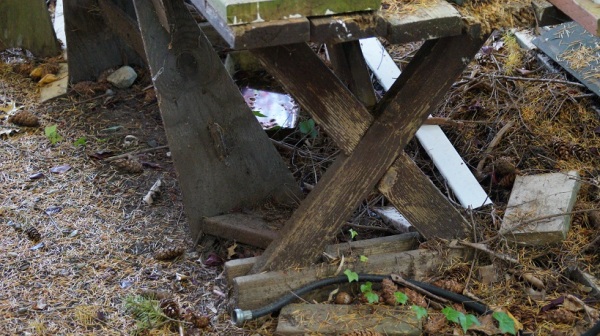 Yesterday, I enjoyed doing all the sentence exercises. I put them straight into my draft and figured I would write around them. That did not go exactly as I thought it would. It actually took extra time to reorganize things, extra time that took away from writing, so I’m going to approach this a little differently.

First, I’m reorganizing the prompts. I know me, I get started and then get side-tracked, so I’m going to start with the main prompts: Today’s simple task and the Warm-up Exercise.

I try to do Morning Pages (inspired by The Artist’s Way by Julia Cameron)  in my journal every day, and I tend to come up with new ideas more readily when I’m writing by hand, so I’ll combine these prompts and my morning pages to use my time efficiently. Then, with my scenes for the day already started, I can move on to the sentence exercises and hopefully focus them toward today’s efforts instead of all over the story like I did yesterday.

Mapping the Hero’s Journey isn’t as interesting to me this year because I already have a pretty good outline, so I’ll move it down to the bottom of the list. I may still find unexpected ideas in the cards.

So here’s day 4, starting with another exploratory image:

What is that can? Chicken soup? What is it doing there hanging out with a short piece of PVC and some great gnarly branches?

Day 4 2017 is the antagonist’s call to adventure. Set-up, catalyst, debate.

My antagonist’s call to adventure is the discovery, but also that his brother has come back to town.

I like the idea that my antagonist would keep a detailed journal and that his brother finds it.

He was startled by voices and gravel-kicking footsteps. He hid behind the shed. A new crop of the morbidly curious had arrived, phones out, talking, but not to each other.

Set your timer to 20 minutes. Write a scene where your protagonist and antagonist share a meal. – from Anna C. (NaNoWriMo poster)

I’ve written this scene in all of my novels which makes sense because my protagonists and antagonists tend to be in the same family unit. Today’s meal is going to be different, however. I’m thinking fast food in a car.

Word of the day: After the accident, his temperament completely changed. He became bellicose, angry at the smallest perceived slights.

What had he truly achieved by running away? He could have made commercials here. He might have even found real director’s work across the border. No he had achieved stability, sanity, the bit of normalcy he had always longed for.

Kirk hadn’t budgeted for an over-priced plane ticket and an extended stay, but he would have the pay for the last commercial when he got back, so a little debt wouldn’t hurt.

The last time Oren had contacted him, he had begged him to come home. He had said something about finally defeating the shadow man, so now he could come back. Kirk had blocked the number even though it was probably not Oren’s phone.

Oren had documented everything. Kirk could see that now, but it was some sort of visual, personal language he couldn’t decipher. He would need Oren for that.

He governed his temper, but Kirk could see anger boiling behind his eyes.

He listened. This time, he listened. But he didn’t hear anything new.

She processed his story like an inspector on a factory floor, diving in to pull out the flaws before they passed by on the conveyor belt.

He could see now that he had served a purpose in the family and when he left, he broke it. It couldn’t work anymore. Not even for one day.

Let’s explore this a bit. I’m going to start simply then try to expand on the idea. A basic statement: The water was shut off while they still lived there. His parents didn’t seem to care. They sent him to the lake to fill the tubs twice a day. First, simple.

Now, instead of using the same sentence concept, let’s try them in a series to get the whole idea across.

I’m finding the difference between the command and the exclamation a bit thin. So I went over to Grammar Revolution and did a refresher. So I think my exclamations were actually commands. The noun is the understood you. In the first set I could exclaim, “I want hot water!” and in the second example I could exclaim, “How rude!”

Let’s try one more in a series:

Though I would need more declarative sentences to turn those into paragraphs, it is a good exercise in varying ways of getting an idea across. Using commands and exclamations is also a good way to show emotion instead of telling it.

Today I thought I would do a Word Crawl. Sadly, when I clicked on my link to Dr. Horrible’s Sing Along Crawl, it went to an error page. The new NaNoWriMo site did not preserve the old forum topics, and that particular one does not appear to have made it to the wiki either. That got me thinking about creating personal word crawls. I need crawls that get me moving during breaks and crawls that get me practicing and working on my sewing projects, so I may try my hand at creating a couple word crawls this month.

Until then, I chose a new one to try: The Hunt for your Muse

What is happening when the call comes or your MC’s goal before the Call to Adventure:  Nine of cups

Why your MC would consider the Call to Adventure: The Hierophant

My interpretation: This reading works for my antagonist’s call to adventure. He thought he had conquered his demons and moved on, but then the family secret is found and he believes he will face final judgement. He considers his call to adventure as a sacred quest to defeat an evil presence that has resurfaced. He may have a confused history with religious symbolism that could come up in his journals.

Preparing for editing along the way:

I mentioned filling out the scene cards as we go. Today, I thought about filling in the Story Grid (by Shawn Coyne) as we go as well. I already have a Story Grid spreadsheet. I can take a minute to fill in each scene I finish. How great will it be to have a finished spreadsheet to glance over at the end? I can make sure I hit the mandatory scenes for my genre as well.

I hope you find some inspiration in these exercises. See you tomorrow.