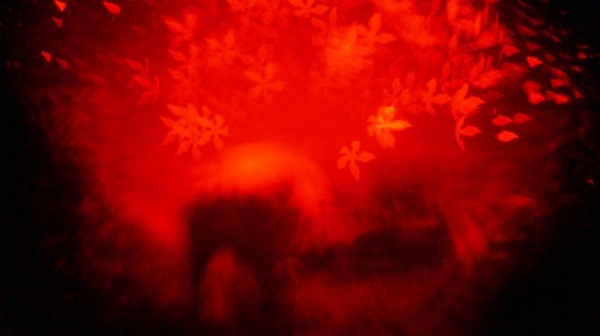 The Bear’s Breeches Smell Slightly Sweet As They Rot

I never saw a man’s face change so fast. He stepped through the door, blocking our view, still laughing with his son. Then he saw me.

“That rude trespasser from the other day.”

Josette scowled up at me. “Rude trespasser?”

Not as confident as I had been last week when I called her office, I stammered, “I t-told you, I discovered the situation while collecting herbs for my shop. I was surprised someone was living here.”

“It’s true. I spotted those white flowers from the trail. Acanthis mollus, people call it bear’s breeches. And that’s green ash. You can make a tea from the leaves, also medicinal.”

“And you cure with these medicines?”

Josette seemed mad at me. Something had changed since coffee in town. “My remedies help aches and pains, fatigue, swelling. Lots of things.”

“Well, now I have a job to do.” She balled her wide hand and hammered the fragile blockade.

“What?” he yelled like an axe hitting a trunk.

Josette’s voice changed: deeper, formal. “Mr. Palmberg? My name is Josette Luckman. From Child Protective Services. To evaluate this dwelling for the safety of your child. Could I please come in?”

“Are you kidding me, lady? You sicced social services on me? You were trespassing. Of course I got mad. What the hell?” His voice was like a pulled rubber-band.

“Mr. Palmberg, take a deep breath and open the door.”

My pulse thumped. She had brass telling him to take a breath. I imagined him roaring out axe raised, or poking a shotgun through a gap. I jumped an inch off the dirt when he undid the latch.

I followed Josette into the dark room, steadying myself with the wall, cool and clammy like entering a cave. Hearing scratching and clawing, I imagined a bear or a mountain lion den. Suddenly, a square of light on the floor in front of me brought lines and shapes out of the darkness.

“That’s Horace. He’s a sweet, old thing. Not much of a hunter or guard dog, but Ely adores him.”

Shutters now open, light blared through a hole in the wall. Josette looked at home on a carved settee with pumpernickel and coffee striped upholstery. She already had a cup of tea.

“Alyssum, are you okay?” she said. “You look faint. Come sit down.”

“Yeah, Alyssum Grabner. Uh, tea. Thank you,” I said, sitting next to Josette. The settee shifted on its thin legs.

He handed me a Toile china tea cup. I admired the indigo children fishing on the white background. I looked up. He watched me, sad eyes searching.

“Eugene was telling me about the work he’s been doing on his grandfather’s property since his bitter divorce,” said Josette as if revealing a truth I should have already known.

“Because this situation was brought to my attention, paperwork filed, you’re in the system. As long as Ely stays healthy and happy, enrolls in school, gets regular check-ups. . . I’ll provide the lists of expectations—”

“But,” Eugene tried to interject.

“And we’ll be contacting your character references, living relatives . . . As long as you prove you can provide a stable home and—”

“Josette, stop. No system. Ely and I are finally making this work.”

“You think this works for Ely? No plumbing or electricity? How will he socialize with no children his own age? There will be hygiene expectations when school starts.”

Josette’s face twisted like half of it was fighting the other half. “Traditional? You think shitting in the woods is his tradition?”

Josette jumped off the settee, startling the dog, and me. The dog ran over to Eugene. I took my tea cup to the bucket-sink.

“What could you mean? You go from suburbs to hut and suddenly you are Native American? Or are you, Jesus help me, trying to relate to my traditions? Is that what you’re trying to say?”

I felt sick. I watched Josette’s chest heaving and the shock on that man’s face and thought, The road to hell is paved with good intentions. I felt as small as those children on my tea cup.

“Josette, I made a mistake,” I said as calmly as I could. “I judged the situation by the paint on his house and the overgrowth. His son is healthy and happy. You said so yourself. Let’s go.”

Josette turned on me. “You know what it took me to get to where I am? I have too much to prove.”

She spun on Eugene. “Here’s a tradition. Reporting to me. Weekly check-ins. Living up to standards. Your—”

“Stop it! Leave my daddy alone! You sound like Mommy.”

The body in the doorway cast a shadow across Josette’s face.

Josette’s new voice was sweet with an undertone of rot like the bear’s breeches outside. “You must be Ely. I was talking to your dad about how happy you are here.”

Josette whirled on Eugene. “Do you see what you are doing to that child?”

Eugene breathed and smiled. His warm voice resonated. “Yes. Beautiful. He grew up too fast. All I wanted for him was to finally get to be a kid. To play and feel loved and protected.”

He approached me, palms open. I backed away.

“Don’t be scared. I was frustrated and took it out on the first person who arrived. I want to forgive you. Actually, I want to thank you. Until you brought Josette, I couldn’t see my path. I kept stabbing the unrelenting dirt, battling the undergrowth as if I could tame nature, but I was rage-blind. So, thank you.”

Josette said, “We’re leaving.” She pushed me out the door.

I stared after him. He emitted peace. I wish I had understood.